Dog Whispering in Perth -My encounter with the notorious Kathy Kopellis

You may or may not have paid attention (that assuming you have read all my posts), but I have just recently adopted a dog as well.

Mia is an absolutely gorgeous lab staffy, but I knew she had some problems when I took her in. 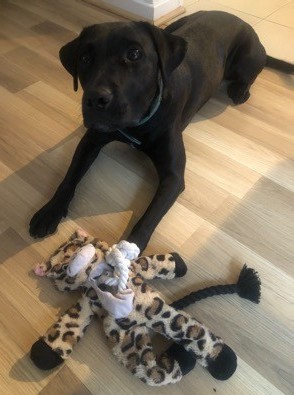 As mentioned before, I had a whole training plan for. Everything had been designed for what I knew her problems were, I was equipped and ready to tackle her over excitement, her biting and her being reactive towards people…

What I wasn’t ready for though, was the fact that she is considerably reactive towards other dogs :/

It’s actually impressive that none of her other THREE previous owners had mentioned that, which only leads me to believe that they weren’t really paying attention…

Its scary how many people adopt a dog they (obviously) don’t know and go straight to the park or beach let the dog of lead to run free.

I cannot stress how dangerous this can be!

The thing is… I immediately realized her problem came from a lack of socialization. She wasn’t properly aggressive, she was interested in the dogs, but didn’t know how to say hello, she got scared and nipped… clearly not enough to hurt anyone, but enough to start a fight if unsupervised.

So, I knew her only way of getting better would be actually playing with other dogs in a controlled environment.

Since I don’t have other dogs and I couldn’t expose my students to her mood swings, I decided a doggy day care would be the best place for Mia to socialize.

I teach hundreds of dog a week, in a class environment.

Many, MANY times, when faced with a lead reactive dog, I recommended that the parents had the dog assessed at doggy day care.

My math was the following: lead reactive dogs need to be socialized and need to learn lead manners, however, it is impossible to socialize them on lead, because they are reactive… so

They go to doggy day care were there’s no owner and no lead, which naturally makes the dogs less protective, and get socialized, and then, the parents are able to teach proper lead manners.

It has worked many times with dogs way more reactive than Mia.

With that in mind, I called up one of most famous doggy day care/ behavior centers in Perth.

I will not name them, because I have nothing good to say about them.

The girl on the phone wanted me to tell her a little about Mia and within the first 20 seconds of conversation she had decided Mia was not suitable to be assessed for doggy day care, that she needed to see a trainer.

No matter how many times I told her I was a trainer myself and that Mia doesn’t attack, she just needed a controlled environment to see other dogs, she didn’t care.

Finally, I made the mistake of saying Mia had already nipped a person in her life, which made the girl decide she had to see the behaviorist veterinarian for a $300 first consult with a follow up of $150.

Honestly, paying wasn’t the problem, the problem was I knew I would get there, they would put Mia in a bright sterile room with a couple of strangers, she would be terrified and would probably growl or even nip, and they would decide she is not only not suitable for day care, but she is in need of medication.

Nowadays everything is a good reason for medication!

This over medicating of people and now dogs needs to be really cautiously observed.

I’m not saying your dog will never need medication, I’m just saying it should never be your first option.

Anyway, I hung up the phone and never called again, sure that they were more interested in my money than the well being of my dog and that I will not have.

When you are in the pet business, as soon as the money becomes more important than the dog or the people, you are done.

I then had the brilliant idea of reaching out to my Instagram friend and Perth’s most notorious dog behaviorist, Kathy Kopellis, Perth’s dog whisperer. 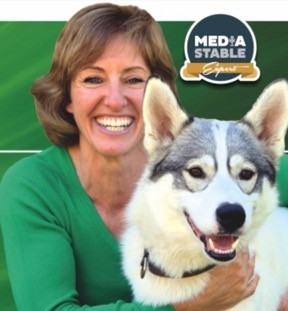 She, on the other side, does what she does for the dogs and was eager to help me.

Besides, she’s just a sweetheart and a great person to be near (but I’ll quit being a groupie now lol)

We met at her place and, after describing Mia’s behavior, we started introducing her to Kathy’s dogs.

Yes, she showed teeth in the very beginning. Same as with people, Mia is very unsure about dogs, which probably comes simply from never having played with them when she was young.

A few minutes later though, she was running around and playing.

Kathy said I read her really well (Yay!) and that it was only a matter of finding the right dogs for her to play with until that fear was completely gone.

She renewed my hope in being able to let my dog play with other dogs one day and for that I will be forever thankful.

Leaving her place, then, I called up another doggy day care to see whether I could have Mia assessed.

I saw Bianca from Dog Play Centre yesterday morning. Gave her Mia and told her all I knew about her. She seemed extremely capable and most importantly, willing to help.

Mia stayed the day and when I picked her up, Tim, the other owner, said she plays too rough and doesn’t know how to respect other dogs (ops!), but that the only way to improve this is by playing with dogs.

They had amazing control of her and she will be continuing to go there to get socialized over the next few weeks.

If you are struggling with your dog, over anything, find help… you are never too qualified for a fresh set of yes, but don’t believe everything you hear from everyone.

There are amazing professionals out there and there are people who will do anything to squeeze more cash from you.

Careful with the over medicating, most dogs don’t need any drugs.

Let me know if you want to hear more.